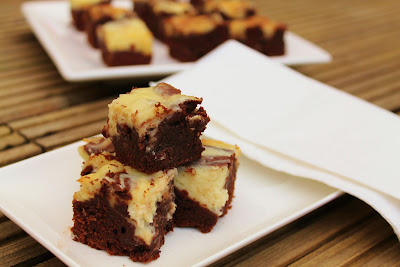 It’s now July and whilst everybody else is looking forward to their summer holidays, I, rather forlornly, am looking back at mine.  Yes, I’ve already had my two weeks of fun, so for a while at least, the closest I’m going to get to feasting on foreign culinary delights is through repeats of the 'Hairy Bikers’ Bakeation' (by golly, I love that programme) on the telly-telly bunkum box.

Still, I mustn’t really grumble as I got to go to Boston this year.  Twinny lives there you see.  I’ll be honest with you, for about 355 days of the year, her living so far away is something I look upon ruefully, but for about 10 days of the year, it has its benefits.


Anyway, as this was my second trip to Boston, I decided that rather than exerting myself with strenuous touristic activities, this time I would take my own bakeation of sorts.  So each day, armed with my laptop, I chose a different bakery in which to while away the hours, surfing the net and sampling the all-Amreekan* goodies the bakeries had to offer.
One such  goody was a brownie.  It is said that brownies actually originated in Boston, so upon my return, to remind me of my holiday, and more importantly of twinny, I thought I would bake some.  These are with a twist as they are cheesecake brownies, which also contain chocolate chunks just for good measure! The recipe below is one by David Lebovitz and it works a treat as long as you follow my basic rules, which, if you take my advice, should really be adhered to for any brownie recipe:
*Amreekan = American in Urdu.  Sometimes, it just works.  Go with it. 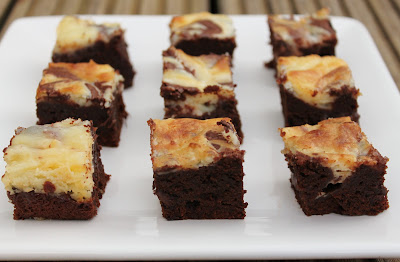 Adapted ever so slightly from David Lebovitz

Line an eight or nine inch square tin with foil, ensuring the foil comes up over the sides of the tin, then grease lightly with an unscented oil (I used sunflower).

For the brownie batter, melt the butter and chocolate together, either in the microwave or over a bain marie.  Once melted, stir together to combine, then beat in the sugar followed by the eggs (I used a wooden spoon for the entire recipe, saving on washing up fiddly whisks and electric beaters).

Sift in the flour, cocoa powder and salt, mixing it all into the batter before adding the vanilla paste and chocolate chunks and giving it all another good mix.  Spoon the batter into your tin, smoothing it over so that it's nice and even.

For the cheesecake batter, beat the cream cheese, yolk, sugar and vanilla extract together in a bowl.  Roughly divide this into eight and spoon the eighths into dollops onto the brownie batter in the tin.

Using a spatula (works well if you have an offset spatula), swirl the two batters together before baking in the oven for 30-35 minutes (see below picture to compare the raw and baked swirled batter).

Allow to cool fully before lifting the foil out of the tin, peeling it away and cutting your baked brownies into small squares.