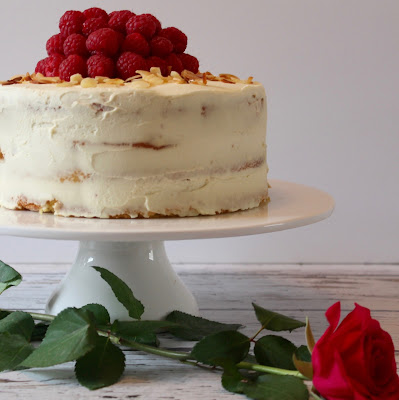 The other day I was chatting to someone who was complaining to me about how, no matter how much they eat, they cannot gain any weight. “I’ve always weighed three pounds," they bemoaned, "and I just don’t seem to be able to put on more than that, even though I eat 12 billion gazillion calories a day.”

It was difficult for me to know what to say at this point: “Oh yeah, I know what you mean, I have the same problem”? Hmm… no. “Oh, you poor thing, that must be really terrible for you”? Nope. “Yeah, I’ve always been a size -2 as well; don’t it just suck!”? Oh look, it’s a no again! All I could do was nod in a feeble attempt at sympathy whilst secretly wondering how it might feel to practice some of my boxing training moves on said person… 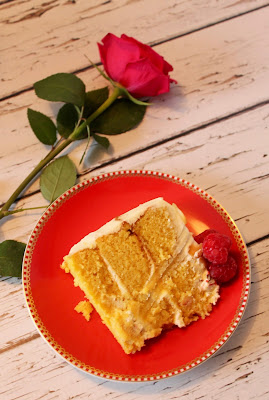 Okay, so I know we all come in different shapes and sizes, with different metabolisms blah, blah, blah, and I’m sure that the plight of aforementioned poor skinny person must be somewhat frustrating for them, but really, I’m not sure I’m the right person to turn to for either empathy or sympathy on the matter. The last time I was called skinny was… no wait, never.

I suppose such is the way of the world: we seem to spend all our time wishing we were a little bit thinner, a little bigger, a little shorter or a little taller, when really we – or perhaps more specifically in this instance I – should focus on what we do have rather than what we don’t have. Dr D frequently tells me I should be thankful for who I am. 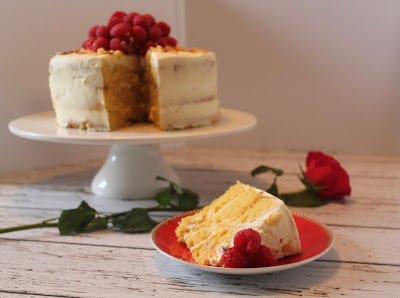 So my new motto is to be grateful! And amongst things I possess for which I am grateful: this cake recipe!

This is a good cake. Wait, it’s a very good cake, and it’s perfect for summer, oh and it looks sooooo pretty! The fact it requires two oranges to be boiled for a couple of hours before it can be made is by the by, because it’s so worth it. Besides, you don’t have to stand over the oranges, just stick them in a pan of hot water and let them bob away happily until they’re done. The strange thing is, you can’t actually taste orange in the cake, but the fruit makes the sponge deliciously sweet and moist. 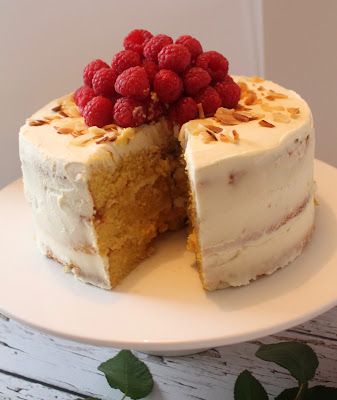 I made this cake because I was asked to bake something gluten free for a party but those who could eat gluten pounced on it as eagerly as the gluten-free consumers - always the sign of a surefire winner. Suffice to say, I’ll be making it again. 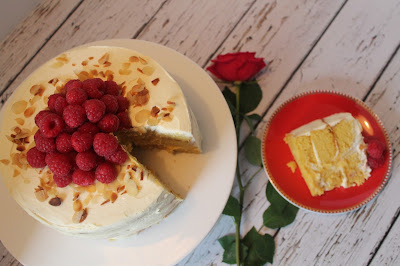 For the cake:
For the frosting:


Place the oranges, whole with skin on, in a medium saucepan filled with water. Place the lid on the saucepan and place over a high heat.

Boil the oranges until they are completely soft, which will take 1 - 2 hours.

Once they’re soft, lift the oranges out of the water with a slotted spoon and transfer them to a food processor with about 3 tablespoons of the water they were boiled in. Blitz until you have a smooth puree, then allow to cool completely. If preparing the oranges a day or two in advance, store the puree in an airtight container in the fridge, or freeze until needed.

When you’re ready to make the cake, preheat the oven to 150C (fan) and line the base of three 8” spring form tins with baking paper.

In a large bowl, using a handheld electric whisk (or a manual if you want the workout), whisk together the eggs and sugar until they are light and airy (this usually takes about three or four minutes of constant whisking).

Next, add in the cooled orange puree and whisk again to combine, before folding in the baking powder and ground almonds until they are thoroughly combined in the mixture.

Split the batter equally between the tins, then sprinkle the 50g of almond flakes equally over the top of the three unbaked cakes.

Place the tins on the middle shelf of the oven and bake for about 30 minutes, until the layers are lightly golden and spring back when touched in the middle.

Remove from the oven and allow the cakes to cool completely in the tins before removing them. Do not try to remove them from the tins before they’ve totally cooled as they are very soft and so will fall apart!

To make the frosting, using a stand mixer fitted with whisk attachment or a handheld electric whisk, whip together the mascarpone, cream, sugar and vanilla until smooth.

To assemble the cake, place one of the cake layers on the plate you will be serving the cake on.

Using a palette knife or an offset spatula, spread about a quarter of the frosting evenly over the top of the cake layer.

Place the second layer on top of the first and again cover the top of it evenly with another quarter of the frosting.

Use the remaining frosting to evenly cover the top layer of the cake.

Scatter the toasted flaked almonds over the top of the cake, before finally placing the raspberries in a nice mountain on top of the centre of the cake.
Posted by acupofteasolveseverything at 21:03 No comments: