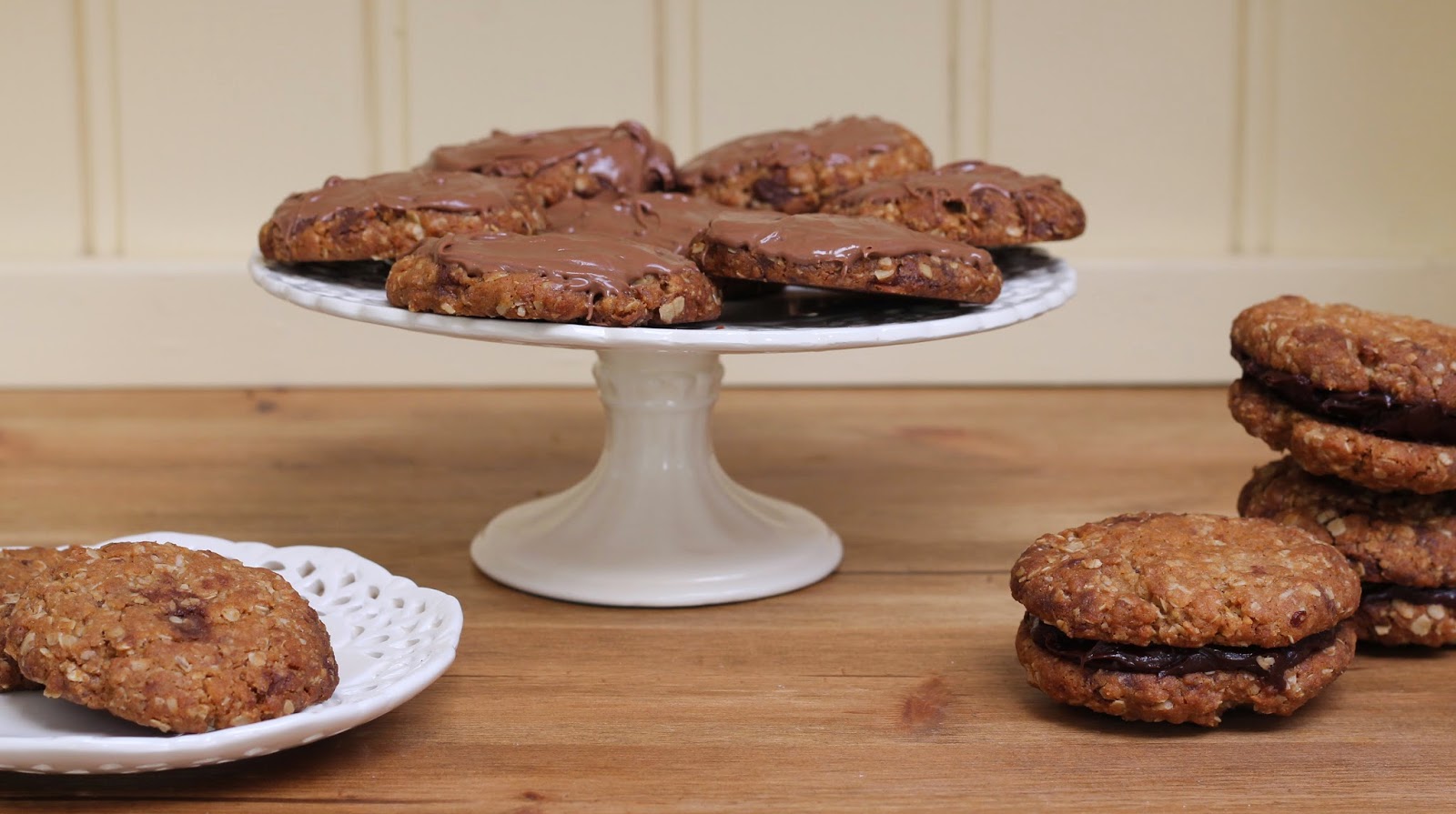 Were I ruler of the galaxy, there would exist in the fiefdom of Princess Rana an edict declaring that human beings hibernate through winter. Given the option to sleep away several very cold, bleak months, I can't imagine that anyone in their right mind would refuse, but obviously, as a benign, magnanimous princess, I would allow people to continue about their daily business if they so chose (bonkers if you ask me, just bonkers). To be clear though, were one looking for one's illustrious leader anytime between October through to April, she would be found swaddled tightly in her duvet, snug as a bug in a rug and sound asleep. 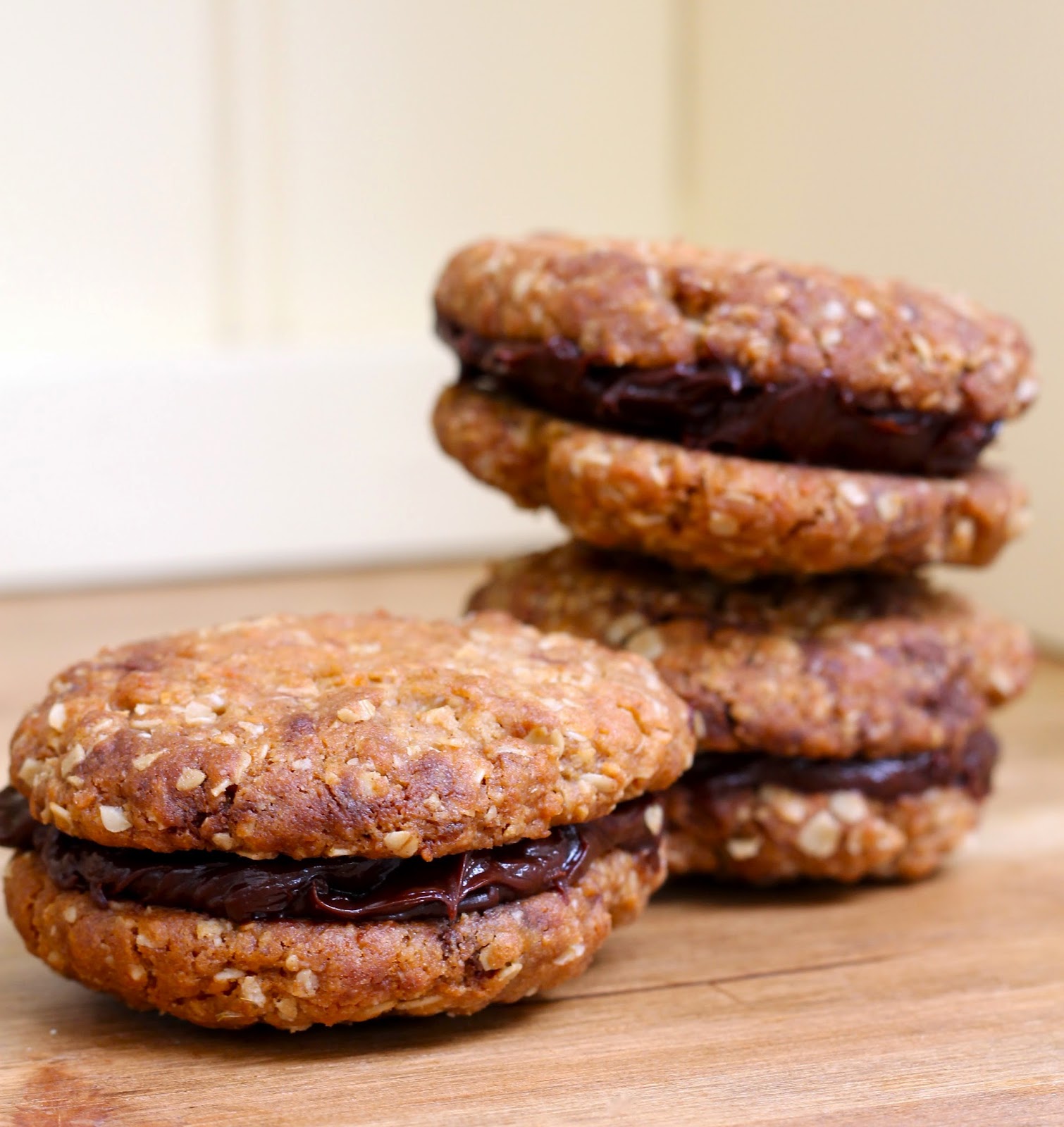 The exception would be December, for obvious reasons: Christmas, naturally; and preceding that, the royal birthday (mine, in case you’re wondering). It would be a travesty to sleep through these so I suppose the royal edict would need to include a clause stating that everyone be woken at the beginning of December to ensure they don’t miss out on the delights of eating too much, decorating Christmas trees with sparkly, twinkly fairy lights, and most importantly regaling Princess Rana with birthday presents (or it’s off with their heads!) 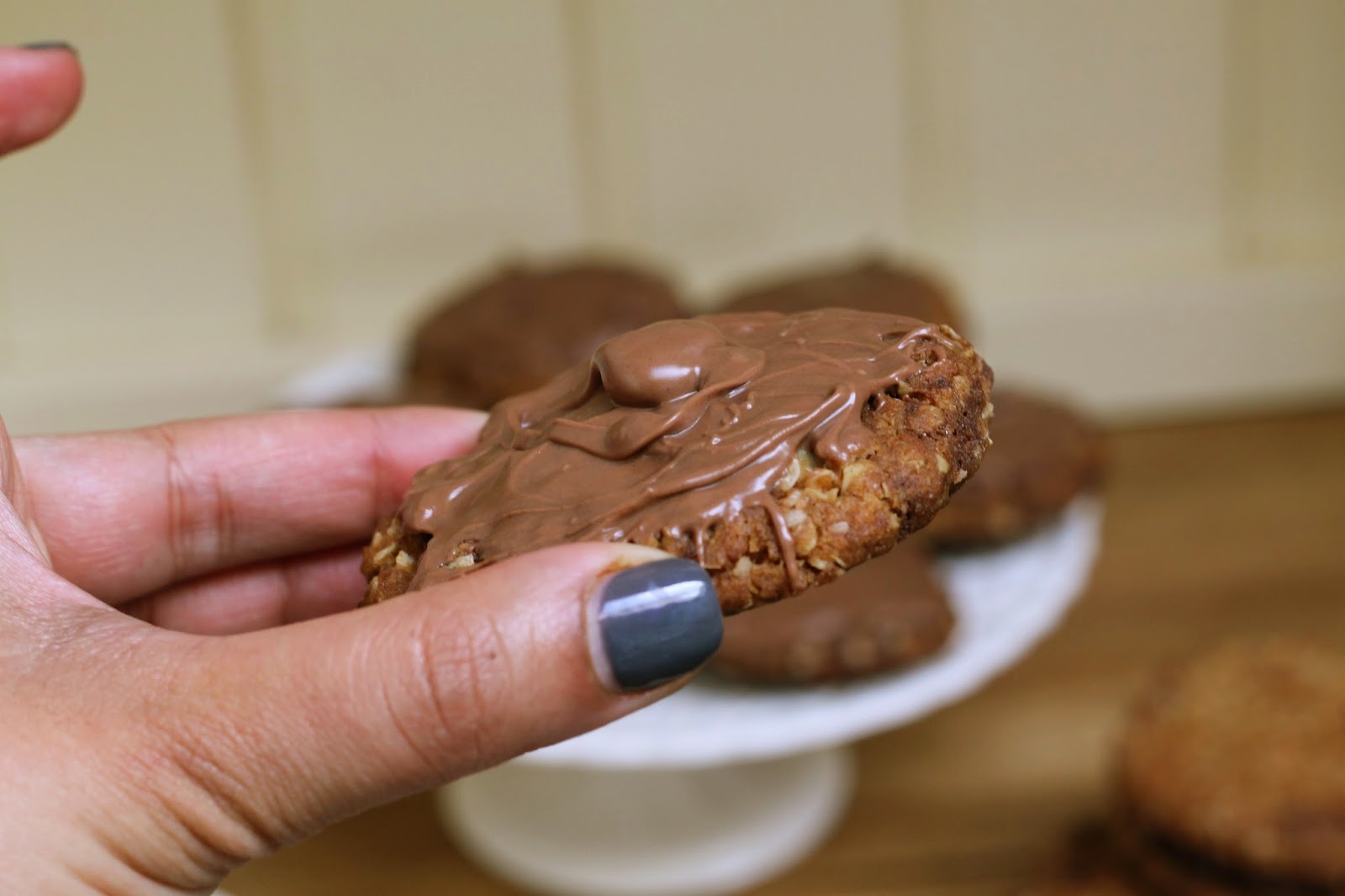 Until I become The Princess who Hibernated, I suppose I shall begrudgingly have to struggle on. But if I cannot sleep my way through winter, it goes without saying really that I am forced to eat my way through it instead. What other coping strategy is there, I ask you? 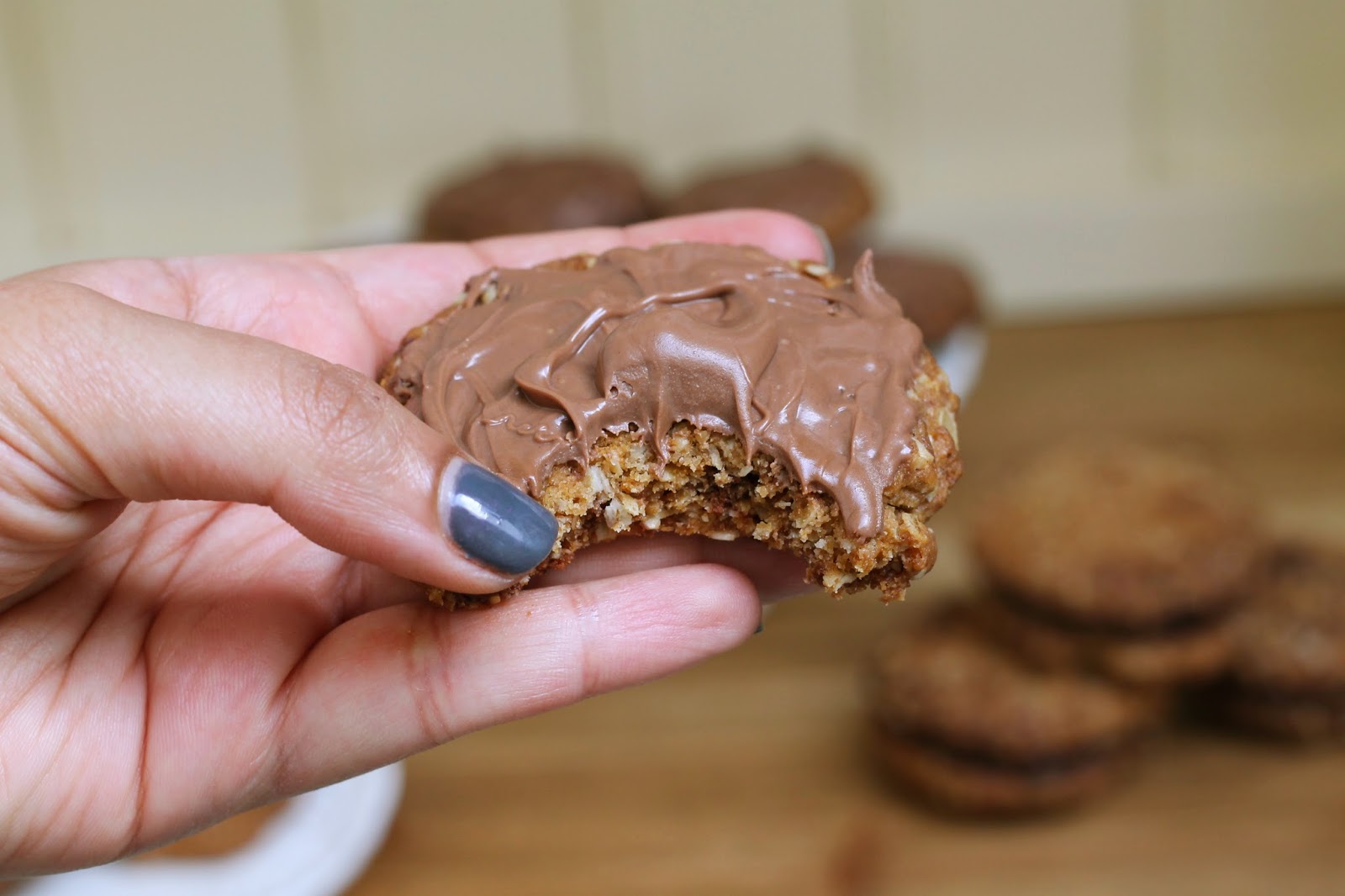 So now that the cold weather appears to officially have arrived, here’s a recipe for some comforting biscuits to cheer anyone up on a grey, drizzly day. 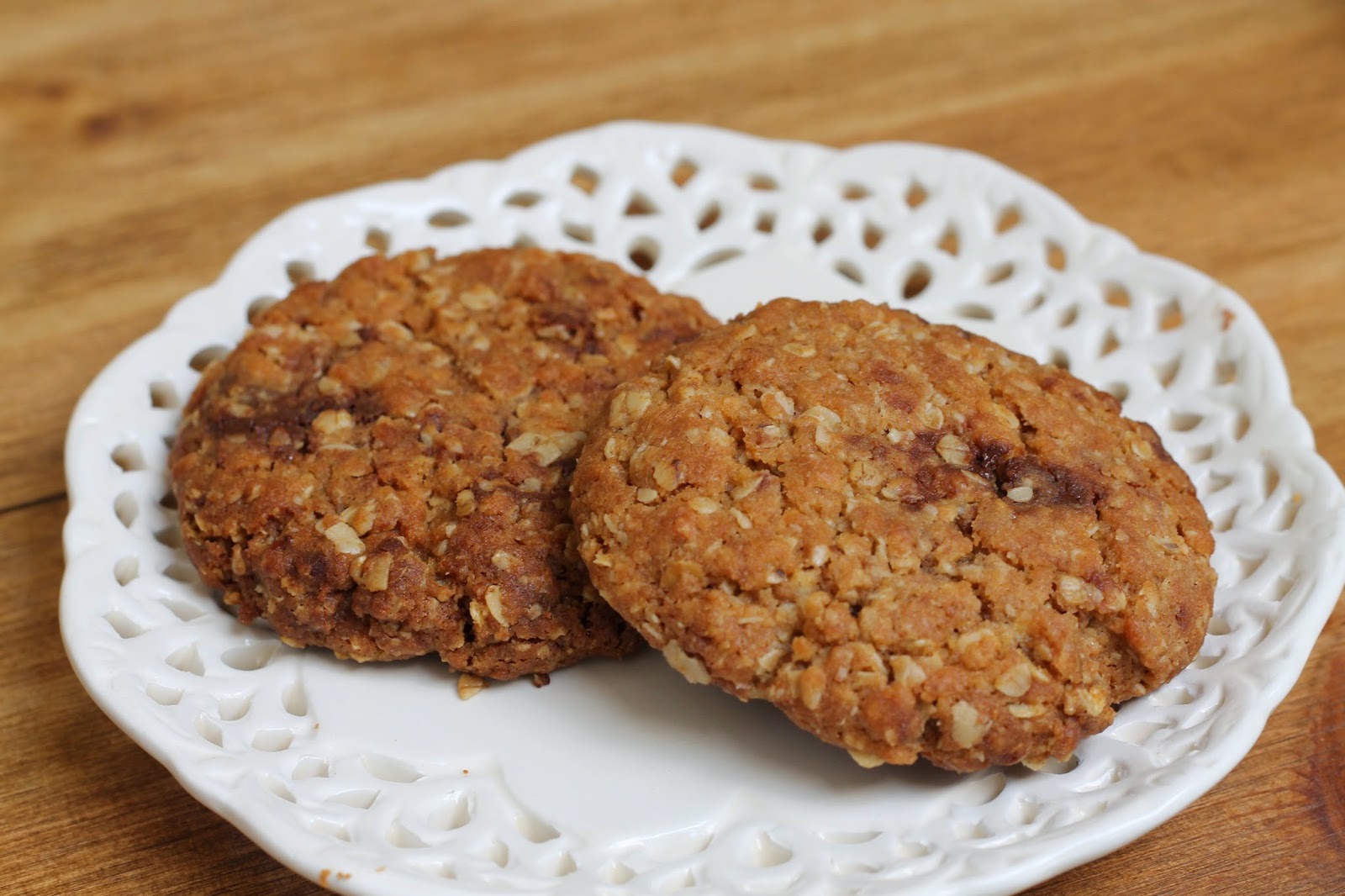 McVitie's Hobnobs rank amongst my favourite biscuits, especially because there are so many varieties: plain; choc chip; chocolate coated; sandwiched; and let’s not forget chocolate orange...! You can make your own homemade version of whichever variety you like with this recipe. I made a few, but my favourite was, without doubt, the sandwiched version: two melt-in-the-mouth buttery biscuits welded together with a rich, glossy chocolate ganache.

Perhaps winter has its perks after all. 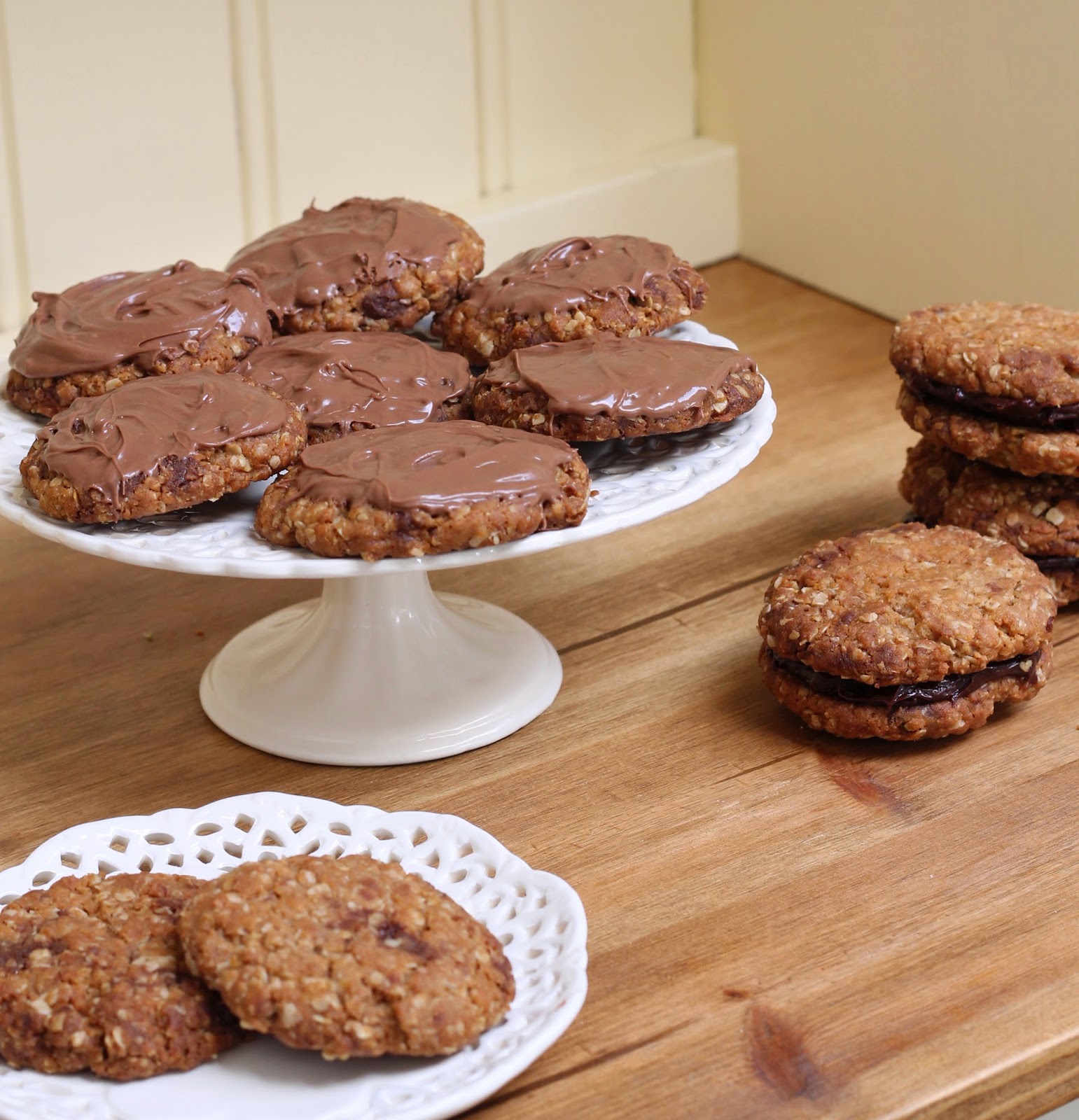 Ingredients
Makes around 20 individual biscuits or 10-15 sandwiched biscuits (depending on how large you make them!)
For coating (optional)
Preheat the oven to 180C (160c fan) and grease two baking sheets.

In a small saucepan, melt the butter and golden syrup together on a low heat.

Tip the flour (I sifted mine once but this isn’t essential), sugar, oats, bicarbonate of soda and coconut into a large bowl and mix to combine, either with a spatula or a large metal spoon.

Add the melted butter and golden syrup to the bowl of dry ingredients and stir until it is all combined.

Allow the mixture to cool for five to 10 minutes then, if adding chopped chocolate, stir it into the mix.

Using your hands, take little scoops of the raw biscuit dough and roll into balls. I made mine about the size of golf balls, which resulted in quite large biscuits. You may want to make them slightly smaller, especially if you’re going to be sandwiching the biscuits together.

Place the rolled biscuits onto your greased baking trays as you make them, spacing them about 2-3cm apart as they will spread, and flatten each one slightly with your hand.

Bake for 15 minutes, then allow to cool on the tray for a few minutes before transferring them to a wire cooling rack to go completely cold.

If coating the biscuits, melt the plain or milk chocolate in the microwave or in a bain marie, then use a spoon or palette knife to spread the chocolate over the top of each biscuit.

If sandwiching the biscuits with ganache, break the chocolate up into a heatproof bowl. Place the cream in a small saucepan and heat until it just starts to simmer, then pour it over the chocolate. Allow to sit for 30 seconds before stirring the two together into a glossy ganache.  Let theganache cool and thicken for half an hour.

Spread a generous amount of ganache onto the bottom of one biscuit, then take another biscuit and sandwich the two together.  Repeat with remaining biscuits.
Posted by acupofteasolveseverything at 19:43