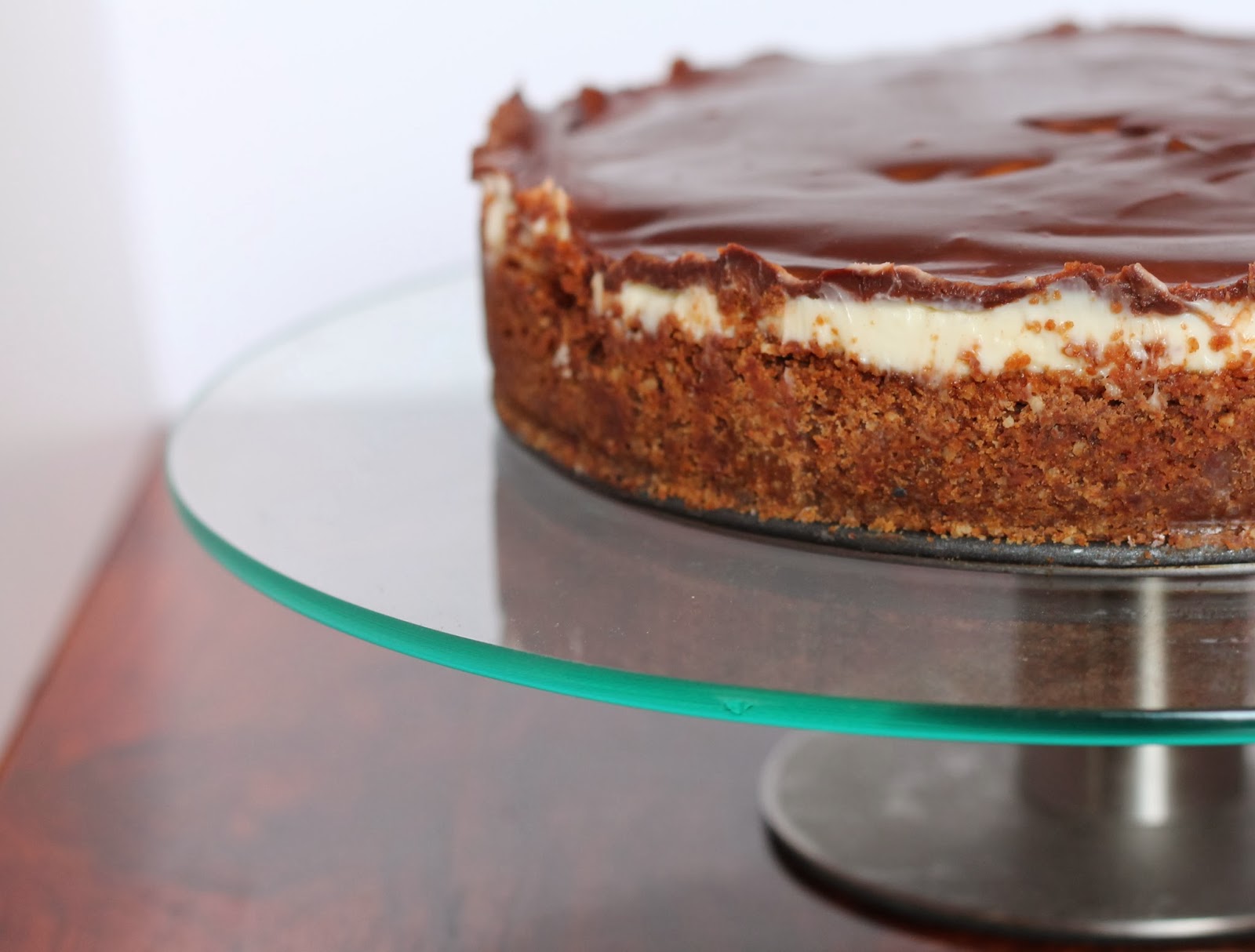 I’m currently living on a building site. It’s been thus for about a month now and is likely to remain thus for at least another month. There’s dust and dirt everywhere, the heating has cut out three times (so far); the electricity, even more. Everything has been boxed up and is therefore infuriatingly impossible to find when you need it, oh and it’s all squashed into one room, which also happens to be the same room we’re living out of. As you may gather, my patience is being tested. 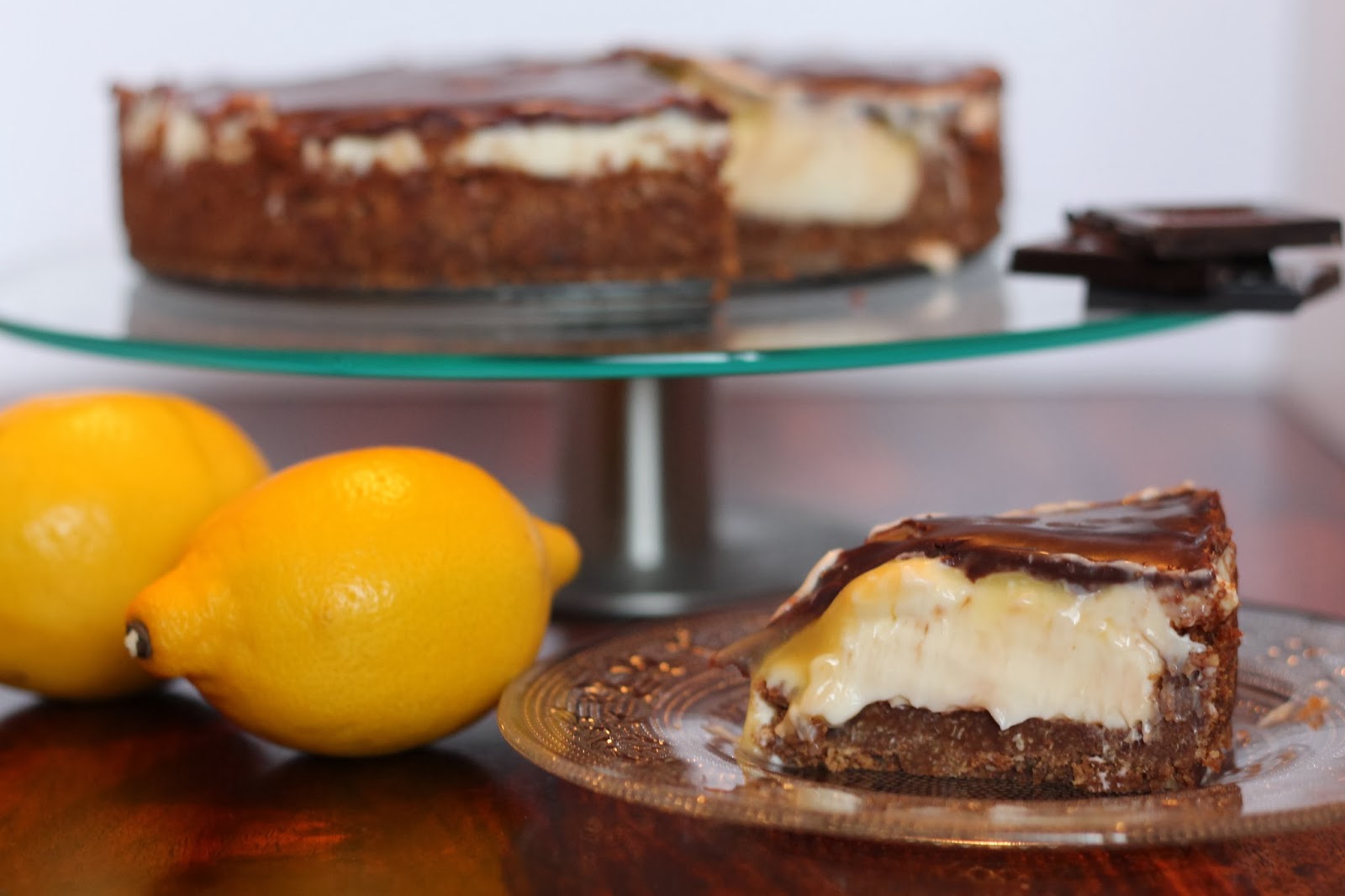 Most significantly, we have no kitchen. This means food intake is restricted pretty much to microwave meals and take-away, dishes are washed up in a bucket in the bath tub upstairs, and worst of all, I cannot bake anything! Woe is me, dear reader, woe is me.
The only upside to all the chaos – apart from of course the fact that everything will be all shiny and new once the work is complete – is that one of the builders is quite possibly the most beautiful being I have ever laid eyes on. If you’re picturing this ad playing out in my house on a daily basis, well, you would not be too far wrong. It almost makes me happy for the chaos to continue indefinitely! But if that happened, my blog posts would soon dry up and I couldn’t do that to you now could I? You see the sacrifice I am making for y’all?! 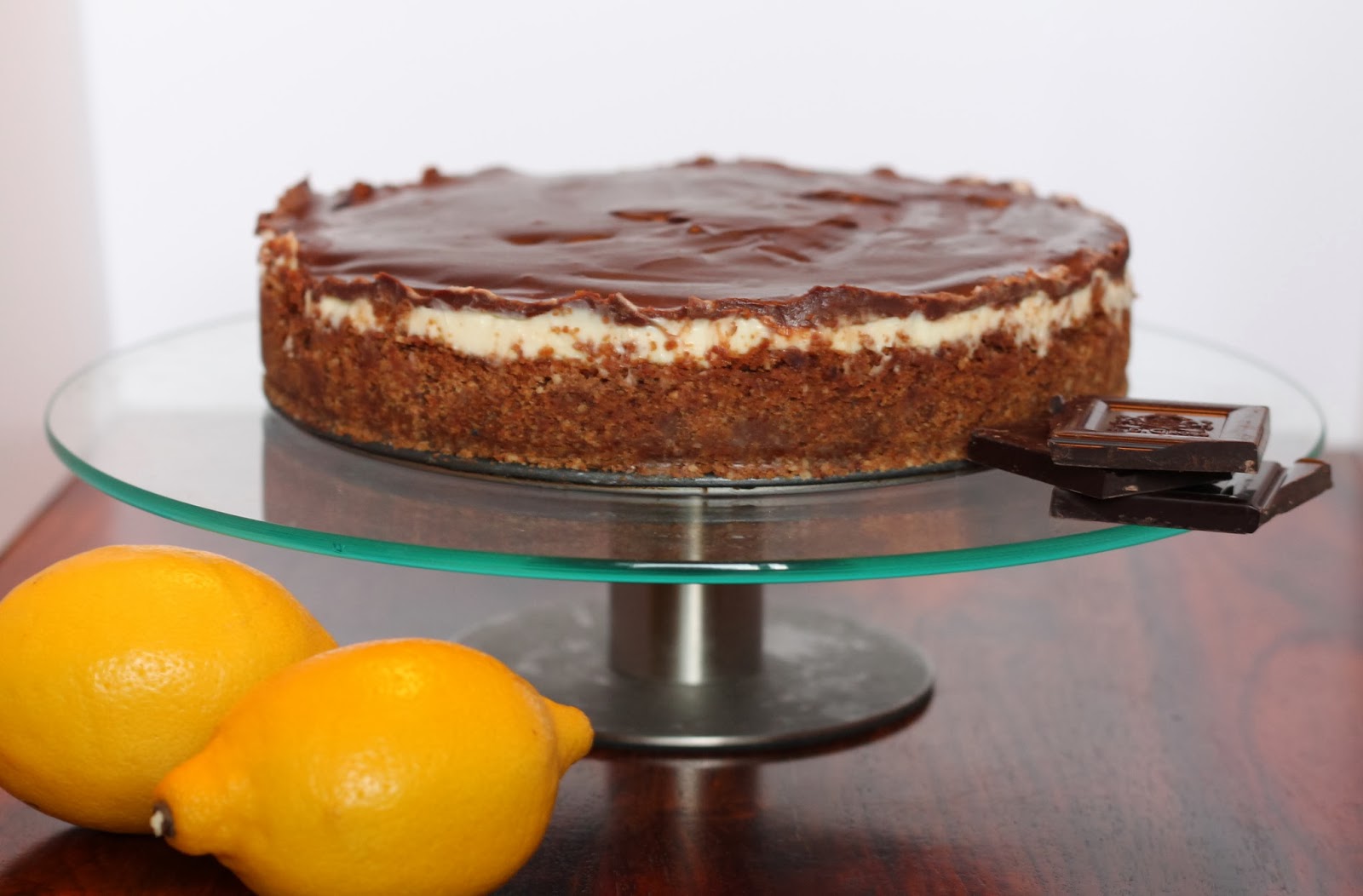 In the meantime, in anticipation of being denied the ability to bake awhile, I whipped up this little beauty before the old kitchen was so ruthlessly ripped out (may it rest in peace). As you know, I love the combination of lemon and chocolate so whilst this was originally supposed to be just a lemon curd cheesecake pie, when I lit on the idea of a chocolate ganache top, I couldn't resist. Combined with a lightly-baked biscuit base, it's a fool proof, quick to make and yumma dessert! 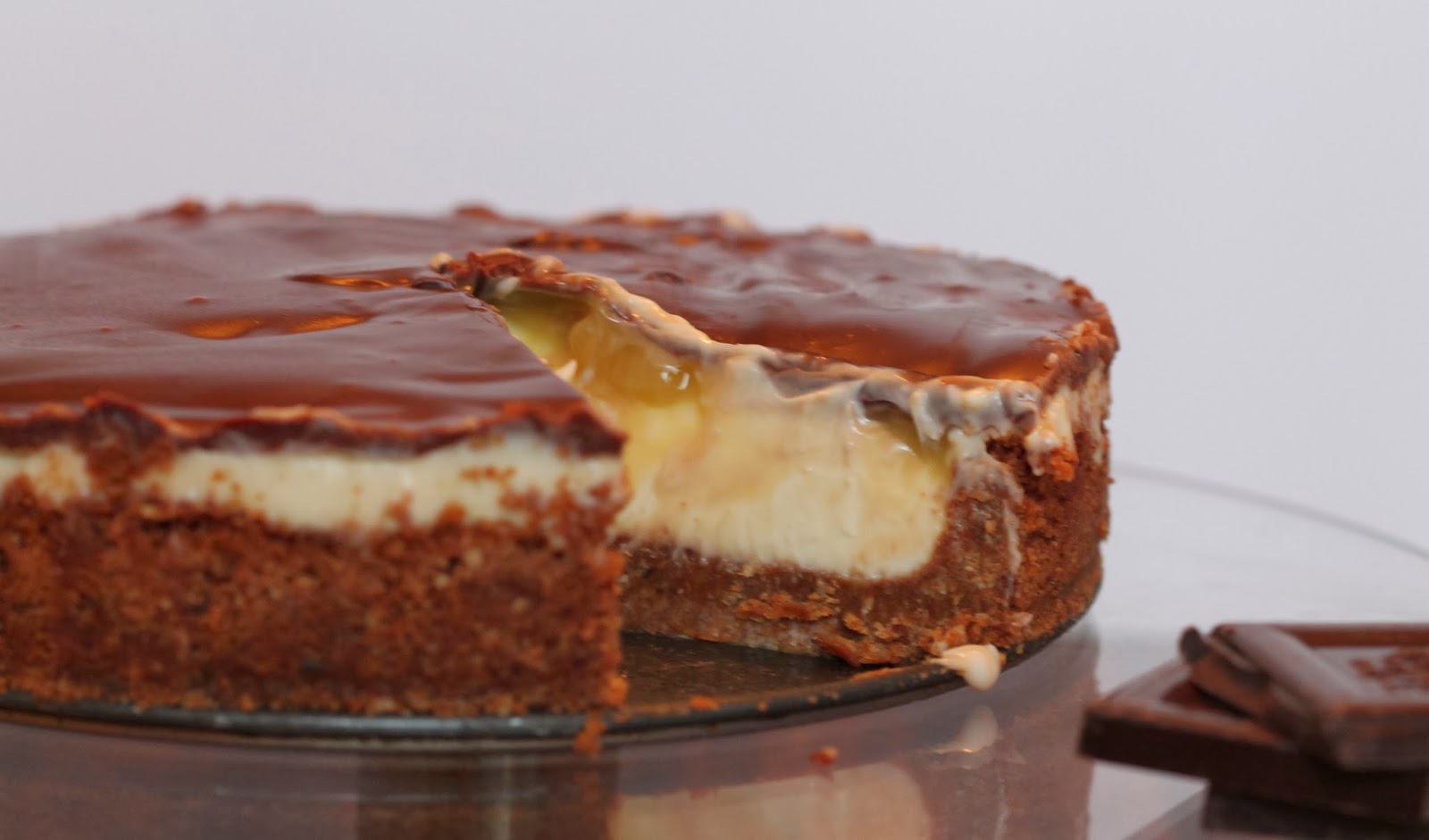 Tip the biscuit mixture into an 8” springform tin and press it down firmly with you fingers to cover the base of the tin. Bring some of the biscuit mix up around the side of the tin to create a rim that is about 2cm high all around and 5mm in thickness.

Bake the pie crust in the oven for about 7 minutes, then remove and allow to set and cool completely. You could do this in advance and place the cooled crust (still in the tin) in the refrigerator until needed.

To make the cheesecake filling, place the cream cheese, mascarpone and sugar into a large mixing bowl and beat together with a wooden spoon.

Once combined, add about three-quarters of the lemon curd and beat in thoroughly to combine. Pour the lemony cheese mixture into your pie crust and use a spatula to spread it evenly throughout the pie.  Don’t worry if there’s too much filling for the crust and it rises up over the rim of the pie, just spread it out to the edges of your tin – it will set in the fridge.

Next, take your remaining lemon curd and dollop generous spoonfuls randomly over the cheesecake.  Take a palette knife and gently swirl the blobs of curd into the cheese mix to create a pretty pattern.  Place in the fridge to set for at least an hour before covering with the ganache.

For the ganache, break the chocolate into pieces in a heat-proof bowl. Heat the cream in a small saucepan until it begins to just simmer (but don’t allow it to boil). Once the cream is almost simmering, take it off the heat and pour it over the chocolate. Allow the cream to melt the chocolate for 30 seconds before beating the two together with a spatula or spoon until you have a shiny, glossy ganache.
Let the ganache cool for five minutes before pouring over the top of the cheesecake.  If you need to, gently spread the ganache with a spatula to cover the whole of the surface of the cheesecake.  Place in the fridge for four to five hours to set, or ideally overnight. 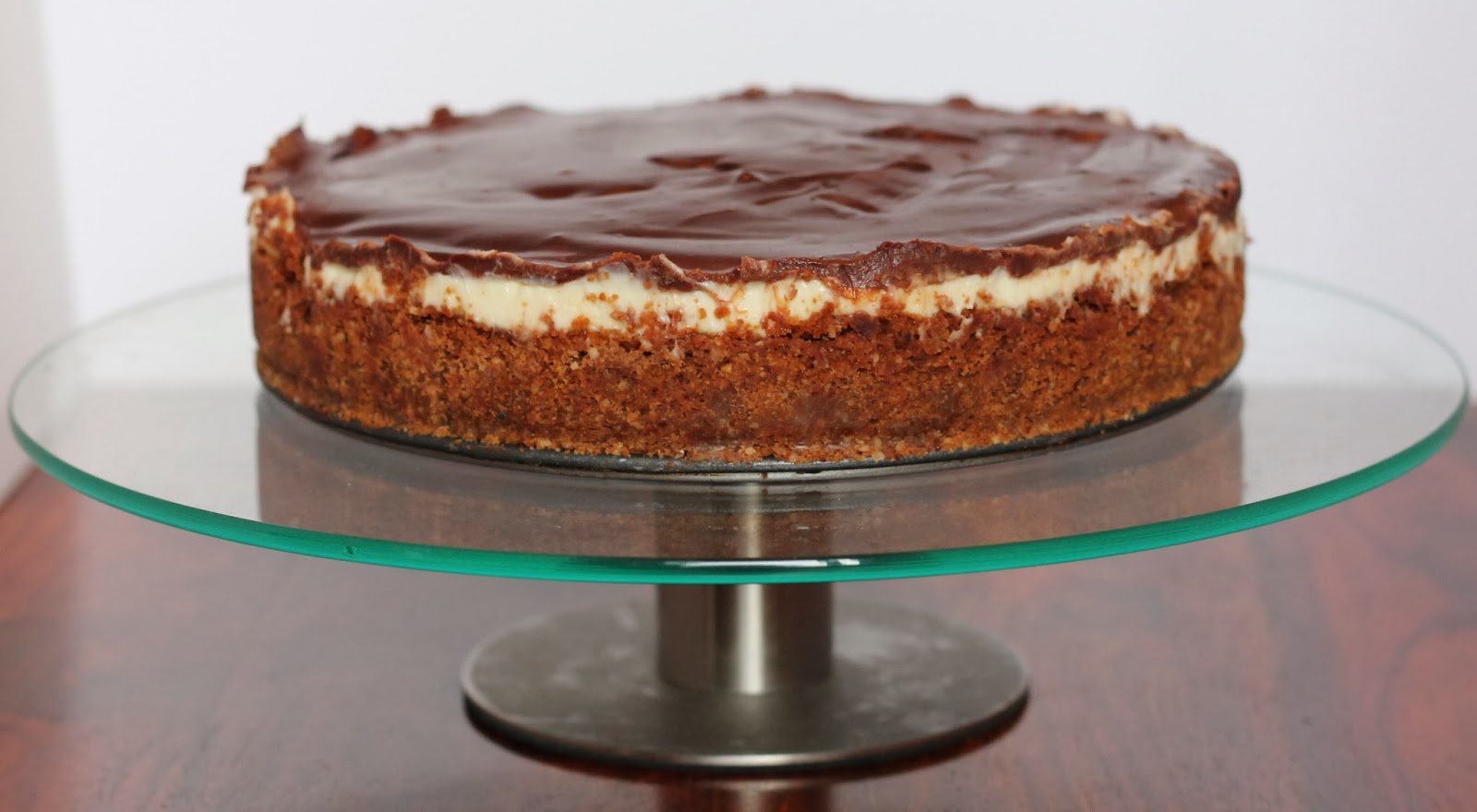