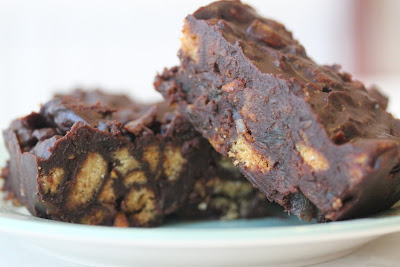 2012 has been rather a topsy-turvy year. More turvy than topsy if you really want to know. Indeed, I'm going to take the liberty of quoting Queenie in saying that 2012 "is not a year on which I shall look back with undiluted pleasure…it has turned out to be an Annus Horribilis." (The Queen actually said this in reference to 1992, but being only 12 years old at the time, pretty much all I can remember of that particular year was having to wear a hideously itchy and unflattering school uniform - a look which was completed with oversized plastic-rimmed NHS specs, acne and frizzy, untamed hair - and being madly in love with Mark Owen. Agreed, not my finest year, but equally not an Annus Horribilis for me).

Whilst there have been some highlights in 2012, including the birth of my most scrumdiddlyumptious nephew and a recent sojourn to Italy where I spent most of my time feasting on beautifully fresh and flaky Nutella pastries, the lowlights have unfortunately far outnumbered these. I am not going to elaborate on my tales of woe because a blog about baking and cakes is no place for sorrow, but suffice to say, I shall be very relieved when the clock strikes midnight on 1 January 2013...assuming that is, that I don't fall asleep at 11.55pm, which, being the cotton-headed ninnymuggins that I am, is more than likely.

Still, it wouldn't be fair of me to wish away what remains of 2012 just yet. Not when one of the best parts of the year - Christmas - is yet to come. Most people are gearing themselves up for the big day now, with office parties, menu planning and present shopping. If you're going to a party and don't want to turn up empty-handed, or you're struggling to find a certain person a gift, I find a homemade edible gift is always a winner. I took these Christmas Rocky Roads - so-called by me because they are packed with Christmassy ingredients such as ginger, orange and sultanas - to a Christmas party recently and they went down a storm. They'd also make a great present wrapped up in some cellophane with a pretty ribbon, and the best part is that they're extremely easy to make. 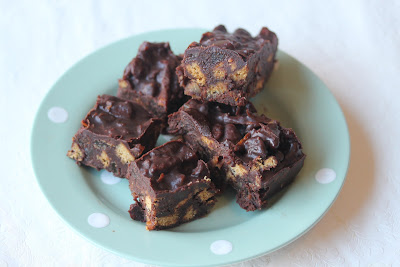 P.S. I'd say these are more suited to the grownup palate, but if you wanted to make them for children instead, you could perhaps substitute the stem ginger with marshmallows.

Line a 18cm (7") square tin with a strip of parchment paper across the base.

Measure the cream, chocolate and butter into a bowl and melt gently over a pan of just simmering water until runny and melted (make sure the water in the pan does not come into contact with the base of your bowl). Stir occasionally to combine the melting ingredients. Be careful not to overheat.

Add the caster sugar, biscuits, ginger, sultanas and grated orange peel. Stir together and pour into the tin. Level the surface then chill your molten chocolateyness in the fridge for 4 hours until firm.

Turn onto a board, remove paper and cut into small squares.
Posted by acupofteasolveseverything at 21:48